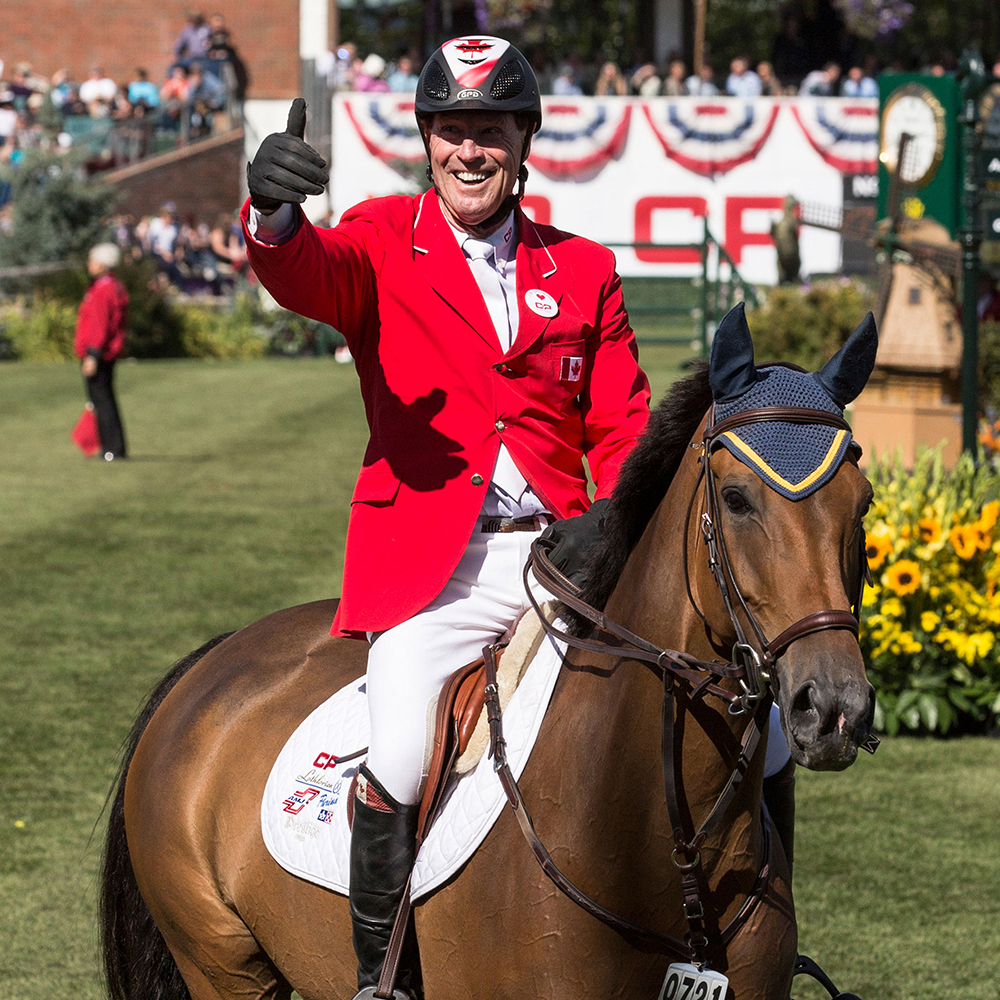 Few embody the essence of the word “legend” quite like show jumper Ian Millar, a man for whom records exist to be shattered. Millar’s championships are literally peerless: he has competed in more Olympic Games than any athlete in history, in any sport. In 2008 at age 61, he was the oldest show jumper to stand on an Olympic podium where he collected silver for team jumping. He boasts nine medals in nine Pan American Games – more than any other show jumper; was inducted into the Canadian Sports Hall of Fame in 1996, awarded the Order of Canada in 1986… and on and on. Yet the equestrian superstar’s four-legged teammates are cornerstone to his success. “To consistently perform at the top level of our sport, a horse must be in peak physical condition. Back on Track is a critical partner in making our horses feel the best before and after the competition.”

Great for arthritis sufferers (or everyone really), the Gloves are well-made with great grip in all weather conditions and a very comfortable fit, which may be adjusted around the wrist.

The Fleece Rug Supreme works with your horses body to naturally improve circulation through our special FIR fabric called Welltex.