Type in FREESHIP at checkout for no shipping charges until the 29th!
Shop Cyber Monday and Black Friday 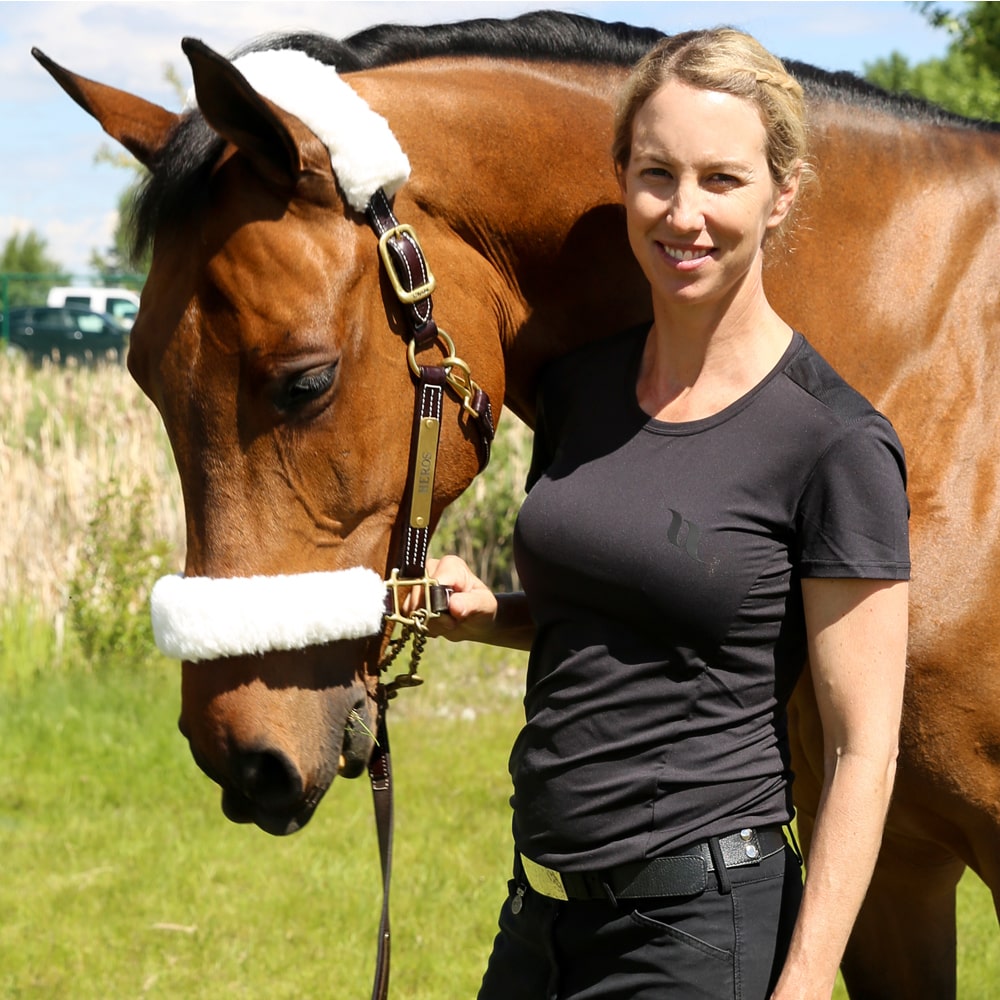 It would be weirder somehow if Amy Millar wasn’t an internationally recognized champion show jumper with a fourth-place finish at the 2016 Rio Olympics — among countless other achievements — under her belt. Along with brother Jonathon, Amy calls equestrian superstar Ian Millar “Dad,” which is to say that show jumping is both the family business and a way of life. In addition to accolades including 25 grand prix career wins to date, Amy Millar is also mother to young Lily, a role she insists “has given me much more purpose and balance, which has made me more focused as a competitor.” When not dazzling the global competitive circuit, Amy works alongside her father, brother, and sister-in-law at the family’s Millar Brooke Farm in Perth, Ontario where she trains her own mounts and coaches the many students that form Team Millar. Back on Track is part of the plan. “Heros loves his Back on Track products,” Millar says on behalf of her star gelding. “Between the Rugs, Saddle Pads, and Boots, Back on Track keeps him supple, healthy, and protected so he can compete at the top level consistently.”

Our newest back support product has many options and is geared towards those with more complex pain requiring greater support and the benefits of improved circulation.

The Mesh Rug is a multifunctional product and extremely popular. The Mesh Rug can be used all year round.